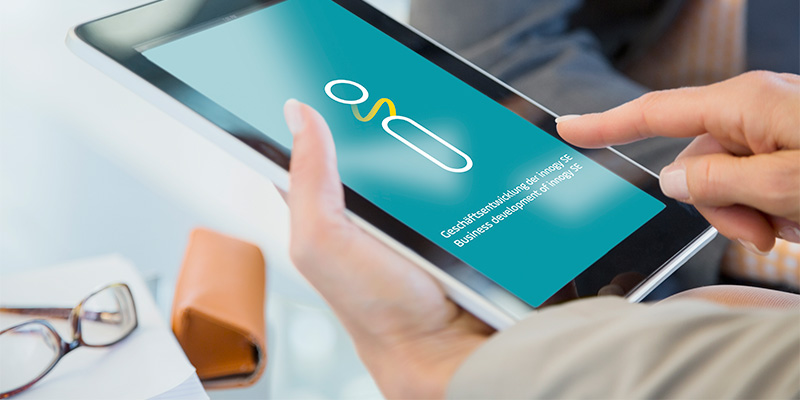 The business performance of innogy SE, headquartered in Essen, which has been listed on the stock market since 7 October 2016, is fully on track. The company confirms its forecast for 2016 and 2017.

Bernhard Günther, Chief Financial Officer of innogy SE: “For us, 2016 is a year of transition and of extraordinarily intensive work. October marked a very successful IPO, and today, we are presenting very solid figures for the first nine months of 2016. The results are in line with expectations and we can confirm the forecast for 2016 and 2017.”

innogy, which is the largest energy company in Germany in terms of market capitalisation, achieved external revenue of around EUR 31.5 billion in the first nine months. EBITDA was EUR 2,919 million and the operating result was EUR 1,842 million. Earnings were therefore, as expected, 7 per cent and 15 per cent below the previous year’s levels respectively. The previous year had been affected by positive one-off effects. Adjusted net income reached EUR 671 million. As this figure was calculated for the first time based on the final capital structure, no figure is reported for the previous year. As at 30 September 2016, innogy already had 40,624 employees. The transfer of personnel from RWE to innogy has therefore already been largely completed.

The results of the first nine months of 2016 were particularly affected by additional expenditure on maintenance of grid infrastructure, especially in Germany. In addition, the previous year’s result had included a high one-off earnings item in connection with the first-time full consolidation of Slovak energy utility VSE as well as earnings from the sale of the network infrastructure of the Gwynt y Môr offshore wind farm. The stronger decline in the operating result compared with that of EBITDA is exclusively attributable to an increase in operating depreciation, which is in part due to the first full-year full consolidation of VSE. The continued expansion of renewables also contributed to the increase in depreciation.

The fact that Gwynt y Môr and Nordsee Ost have been constantly online at full capacity for the first time this year had a positive effect on the result. innogy also benefited from a rise in transit volumes in its Czech gas distribution network. Another positive effect came from the fast progress made in the comprehensive restructuring programme initiated for the UK retail business.

Regarding the UK retail business, Günther said: “Getting it right for customers is the pre-requisite for the future of our business – especially in such a difficult market environment as the UK. I am therefore delighted that we have improved significantly. This time last year we were bottom of the “big six utilities” in terms of complaints received from our customers. Now we receive the third-lowest number of customer complaints. This is a positive development, but of course we want to continue to become even better.”

In the first three quarters of the year, innogy generated a total of 7.7 billion kilowatt hours of power from renewables, up 5 per cent year on year.

In the first nine months, innogy’s capital expenditure was 4 per cent down on the previous year’s period, at EUR 1,108 million. This was primarily attributable to the Renewables Division, the capital spending of which halved. The determining factor here was the completion of offshore wind farms Nordsee Ost and Gwynt y Môr in 2015. On the other hand, investment in grid infrastructure increased slightly. Around two thirds of capital expenditure was invested in the Grid & Infrastructure Division.

As of 30 September 2016, innogy’s net debt totalled EUR 18.7 billion, considerably higher than the figure reported on 31 December 2015 (EUR 6.7 billion). The substantial rise in net debt is due to the reorganisation of the RWE Group: the desired capital structure of innogy was not established until the period under review. The figures for net debt reported in 2015 are therefore of limited informational value. In addition, the development of market interest rates made it necessary to increase provisions for pensions compared to the end of 2015. As the IPO was not launched until after completion of the third quarter, the resulting proceeds are not yet included in these figures.

The target debt factor is around 4.0, i.e. net debt should not exceed around four times EBITDA.

Just a few weeks after its IPO, on 31 October 2016, innogy received its first independent rating from rating agency Fitch. Fitch assigned innogy SE a BBB+ strong investment grade rating with a stable outlook. In addition, innogy’s senior unsecured rating, which is relevant to senior bonds, was rated even a notch higher, at A-. Bonds with a short tenure received an F2 rating grade.

Outlook for 2016 and 2017 confirmed – Outlook for adjusted net income

innogy confirms the outlook published on 1 August 2016 for the company’s anticipated EBITDAin fiscal 2016 and 2017. For 2016, innogy continues to expect EBITDA of EUR 4.1 to EUR 4.4 billion, and EBITDA of EUR 4.3 to EUR 4.7 billion is anticipated for 2017. A forecast for adjusted net income is provided for the first time for 2016. This is expected to be in the order of EUR 1.1 billion. Adjusted net income is the basis for the dividend payment. The payout ratio is between 70 per cent and 80 per cent of adjusted net income.

Legal disclaimer
This page contains forward-looking statements. These statements are based on the current views, expectations, assumptions and information of the management, and are based on information currently available to the management. Forward-looking statements shall not be construed as a promise for the materialization of future results and developments and involve known and unknown risks and uncertainties. Actual results, performance or events may differ materially from those described in such statements due to, among other things, changes in the general economic and competitive environment, risks associated with capital markets, currency exchange rate fluctuations, changes in international and national laws and regulations, in particular with respect to tax laws and regulations, affecting the Company, and other factors. Neither the Company nor any of its affiliates assumes any obligations to update any forward-looking statements.